The future of the electric car 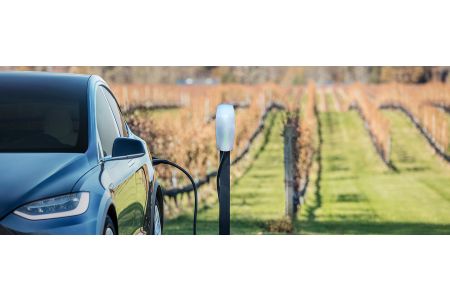 In less than 9 years you will not be able to buy a new petrol or diesel car and at that time we will all have to buy an electric or hybrid car. So what does the future look like for the electric car and how will we adapt to the new way of driving and charging our vehicles.

For many people considering a new vehicle the concern with an electric vehicle is centred on charging the car and range anxiety (how many miles it will go before it requires charging and where can you charge it).

A recent report in the Telegraph 18th January 2021 reported on a new generation of Lithium Ion Phosphate battery which can be charged in 10 minutes and will go 250 before needing to be recharged. They are said to have a life span of 2 million miles which even for the highest mileage driver will last many more years than the car will.

With Tesla now starting to produce a Roadster with a range of 600 miles (more than most cars will do on a full tank of fuel) the future of the electric cars looks bright. However there is just one thing to consider with this bright new future.

There are about 37 million vehicles of all sorts on the UK roads currently and when the time comes that the majority of them are electric how and where do we charge them. There are now starting to be built service stations dedicated to electric charging and if you can charge in 10 minutes then that is not much more time than it currently takes to fill a conventional fuel tank.

The problems come with home charging. For very many people particularly those living in flats, apartments and terrace houses they have no access to off road parking where they can charge their car. The elephant in the room is even if you can overcome all those infrastructure issues where will we get all the power from?
If you consider 10 million electric cars (less than a third of the current market) and they have a let's say a 50kW battery which is much less than many vehicles such as Tesla, Audi and Jaguar etc. If just half of those 10 million people want to charge their cars then the total power consumption would be 250 Gigawatts. A typical nuclear power station produces 93 Gigawatts per day. Simple maths will tell you we would need 3 new power stations to charge these cars. So the question is where do we get the power from?

Horizon Vehicle Leasing Limited are a credit broker and not a lender, we are authorised and regulated by the Financial Conduct Authority. Registered No : 623486

Disclaimer: All vehicle images and descriptions are for illustration and reference purposes only, all vehicle leases are subject to credit approval and subject to change at any time. E&OE.